Jack’s Diving Locker began on August 1, 1981 in Kona, Hawaii.  “Jack” was Jack Clothier, a NAUI Instructor, NAUI Course Director, and NAUI branch manager for Hawaii and the West Pacific.  He was also one of the original owners of BoJack’s Dive Center on Oahu.  He was instrumental in bringing sport diving to the state of Hawaii in the 1970’s.

He and wife Tina, also a NAUI Instructor, moved from Oahu to Kona and started Jack’s Diving Locker.  With the original motto, “Have a Wet Dream Come True,” Jack and Tina had a great time showing people the exciting underwater world of Kona. 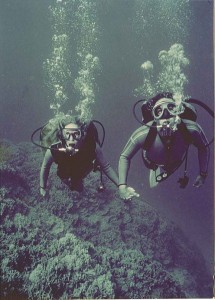 In 1982, scuba instructors Jeff and Teri Leicher moved to Kona from Oahu and joined Jack’s Diving Locker.  The couple enjoyed the unspoiled marine environment along the Kona coast and thought it would be the perfect place to raise their son, Kawika.  They ended up taking over the diving classes and charters with Jack’s Diving Locker while Tina Clothier continued the retail shop after Jack passed away in 1982.  Back in 1976, Jeff had actually taken his NAUI Instructor course from Jack Clothier in Oahu. 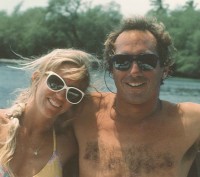 Jeff and Teri started their dive business with five sets of scuba gear and a Volkswagon van.  They operated a small snorkel gear rental concession at Kahalu’u Beach and took people on free introductory dives in the bay.  In 1983, the couple purchased a 23’ fast and fun boat and named her the Blue Dolphin.  This was the boat used for daily dives. 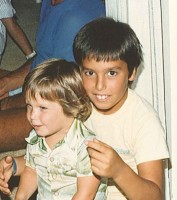 After moving to Kona and starting their business, Jeff and Teri had a second son – Miles.  Kawika and Miles grew up on the water enjoying the ocean and each other.  Miles is a professional dive guide and helps out with the family business from time to time.  Kawika is in Kona to stay and runs boat trips daily for Jack’s Diving Locker.  Kawika is well-known for his expertise in dolphin charters.

With a new motto, “Our friendly people make the difference,” Jeff and Teri Leicher had a good time taking people on the boat and simply having fun!  From the start, people who came out with Jack’s Diving Locker easily became “repeats” and established wonderful friendships with the Leichers and the crew. 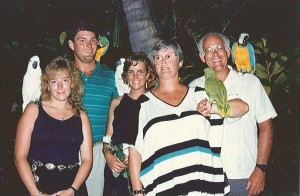 One group of repeats was the Laros Family.  Starting in 1983, Dr. Russell Laros, Jr. and his wife Gail thoroughly enjoyed taking their children Keller, Ann, and Rebekah on Kona dive vacations with Jack’s Diving Locker.  As the years passed and the friendship continued, Dr. and Mrs. Laros became business partners with Jeff and Teri in 1993.  Today the organization is owned by the two families who both believe in the importance of friendship and family fun! 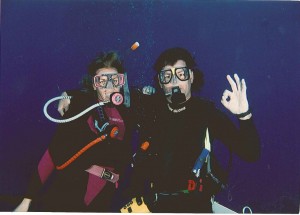 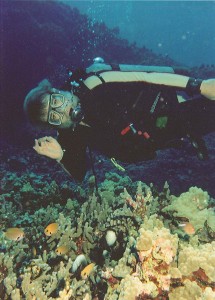 In the late 1980’s, Jerry Garcia, lead guitarist and vocalist of the Grateful Dead, came to Jack’s Diving Locker to scuba dive.  With over 300 dives with Jack’s, Jerry was a regular on the “classic” two tank boat trip.  As the years passed, Teri and Jeff established a wonderful friendship with Jerry and other band members who were certified at Jack’s.

Jerry was so impressed with Kona diving he testified at a Hawaii state hearing in support of a mooring buoy project the Leichers began in 1986.  In addition, the Grateful Dead made a sizable contribution for mooring buoy installation.  Now with over 90 moorings on the Kona Coast, the project is still monitored by Jack’s Diving Locker today.

A Place to Call Home

By 2001 the business had outgrown the second shop and our staff said that it was time to upgrade.  Working together and with the help of architect Terry Cisco (who happens to be married to Tina Clothier), we designed our dream dive facility.  It was completed at the end of 2003.

On November 16, 2005 Jack’s purchased Kona Coast Divers, founded in 1983. With the purchase, Jack’s acquired the Kona Coast location at the Honokohau Harbor Fuel Dock and an additional boat bringing our fleet of dive boats to 4.

And on Monday September 25, 2006 Jack’s rejoiced at the arrival of the latest addition to our dive boat fleet. We took ownership of a brand new Newton Enforcer, a 31′ fiberglass hulled boat that was built in Slidel Louisiana. In the spring of 2007 we welcomed Kea Nui, our second Newton manufactured dive boat. 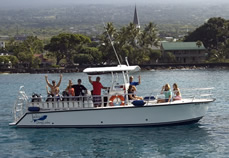 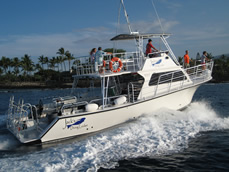 A Vision for the Future

From the start, Jeff and Teri Leicher of Jack’s Diving Locker had a vision to share Hawaii’s underwater world with a focus on friendship and a spirit of adventure.  The couple loved meeting new folks and taking them to dive sites on the Kona Coast such as Suck’em Up Lava Tube, Golden Arches, or Kaiwi Point.  With crystal clear water, beautiful coral reefs, lava rock arches and caverns, Jeff and Teri knew they were in the perfect place for their profession.   Divers enjoyed the colorful reef fish, curious sea turtles, playful dolphins, and much more.  To this day, Jeff, Teri, and the staff at Jack’s Diving Locker have an amazing time showing their divers the wonders of Hawaii’s marine environment. 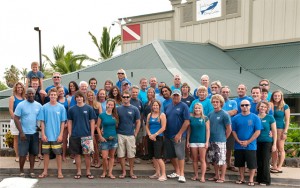 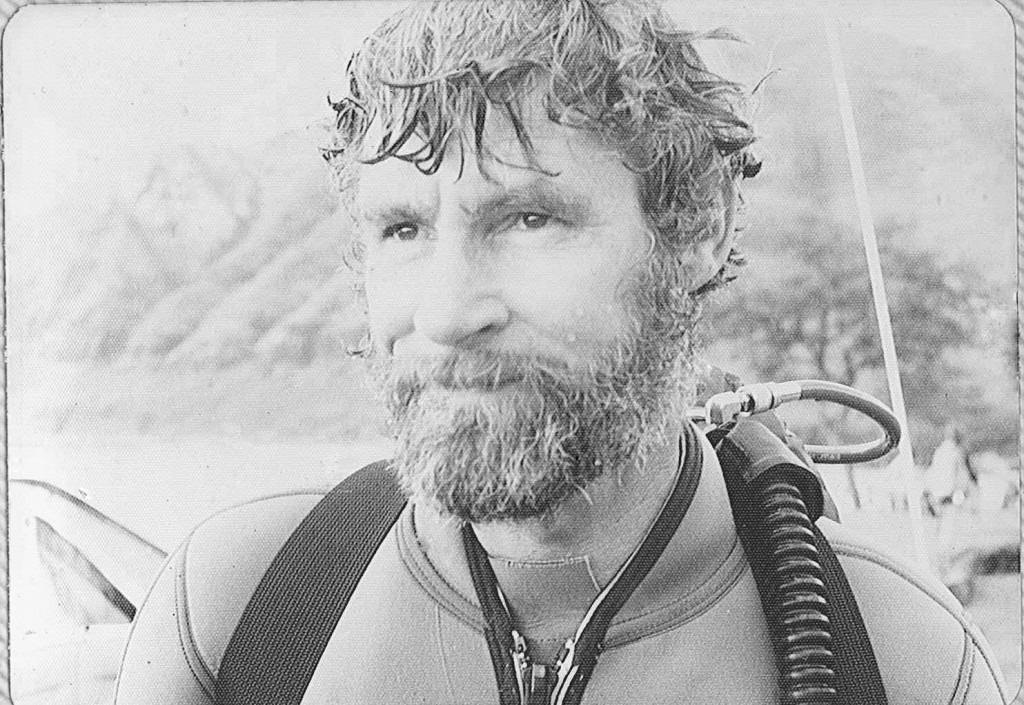 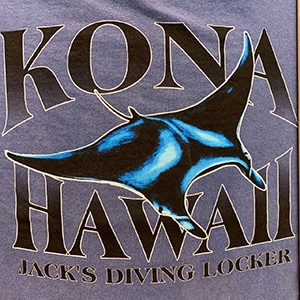 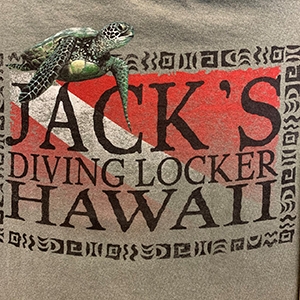 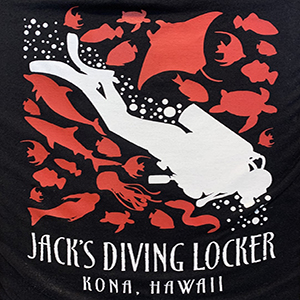 Jack’s Diving Locker really knocked it out of the water! The best crew; knowledgeable, friendly and very helpful. The experience was excellent. We would definitely dive with them again.

Great crew both days! We didn't see mantas our first night at Garden Eel cove but I did see 2 monk seals so I feel very fortunate!

Captain Sharp and crew Sarah and Mongo on trip one. Cool flame fish and tons of eels. We were added to the standby list and got on the next night. Spinner dolphins joined us for... [More]

We did 3 dive trips with Jacks while in Kona. They were all great. The crew and guides were very organized, knowledgeable and professional. Thank you Mongo,Keller,Sarah,Nate and John. The Manta ray dives and Pelagic Magic were amazing.

I've been to this shop a few times for different things. I always talk to the guy who is also a professor at the university with the greying hair. He is super knowledgeable and friendly. He always takes the time to give you the info you... [More]

Jack's Diving Locker was a great experience! I did 4 dives over 2 days, and they were all fun and special. My dive guides were attentive and personable. I felt safe and well informed by the staff. I don't know how this also happened, but... [More]